How To Close The Sale Without Saying A Word 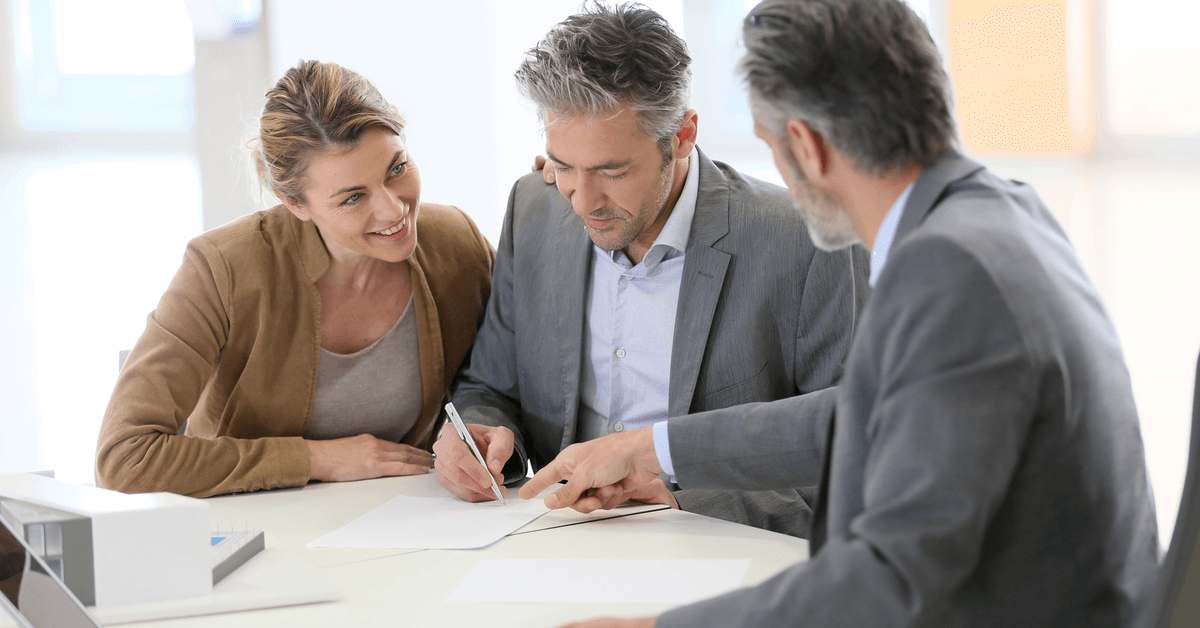 Do you ever feel uncomfortable having to ask for the sale when you walk your prospects through a building contract?

Ryan, a custom home builder was dealing with a very successful businessman called Gareth, who owned a large company that developed software for gaming machines.

The last few years had been very good for Gareth’s business which had enabled him to embark on designing his dream home, a $3.75m mansion set on two acres. It was a big project and had already taken 18 months just to get through the design process.

The relationship between Ryan and Gareth was easy going and friendly. They had a lot in common. They had kids the same age, were both business owners and both had a keen interest in fishing. So when it came to getting the contract signed Ryan was very confident that it was simply a formality.

Walking The Client Through The Contract

The price had been agreed to, the specifications all documented, and the timeline explained. After 18 months of designing and quoting and making changes, there were no surprises.

Everything was clearly detailed.

Ryan was a professional builder, and he was in the enviable position of dealing with a professional business man who wasn't banding the job around town to six other builders in order to get the lowest price.

He trusted Ryan and had appreciated the expertise Ryan brought to the design process.

Gareth had requested they meet at his office so that they could get the contract signed.

Ryan arrived on time for the meeting, sat down and they exchanged pleasantries before getting down to business.

And then he said, “And if you’ll just sign here, where I have put a cross, we can get this project started for you…”

With that Ryan placed the pen on the building contract and slid it towards Ryan before settling back in his chair...

Beware Of The Negotiation Tactics

But Gareth didn't move a muscle…

Instead he just smiled…

The silence was deafening...The pressure on Ryan to say something to break the tension was immense...but he didn't buckle.

Instead he just looked at Gareth and smiled back at him.

Gareth, who had successfully negotiated many multi-million dollar deals in the past three years, was totally unfazed.

He did this for a living...and because of the industry he was in, he’d negotiated deals with some of the toughest negotiators on the planet.

For him, closing a deal with a small custom home builder was just going to be a bit of fun.

Like a cat playing with a mouse that has no hope of escape.

So he didn’t utter a word, he just sat there staring at Ryan... and smiling.

However, what Gareth didn't realise was that Ryan, the local custom home builder, had an ace up his sleeve.

Because for the previous five days he’d been preparing for this moment with his business coach.

Various potential scenarios had been played out in detail, along with strategies to deal with whatever negotiating tactics Ryan may face on the day.

There Is No Such Thing As A Done Deal

Because the business coach knew THERE IS SUCH THING AS A DONE DEAL.

The strategy Gareth was using on Ryan was, ‘the next person to speak loses’ tactic.

You see, in most sales situations, the salesperson will actually talk past the sale and end up inadvertently introducing new objections for the buyer to consider.

And it happens a lot more frequently than you may realise.

You may have even done it yourself in the past, out of nerves, fear of the silence, or simply because you were being out-negotiated by your potential buyer.

And because custom builders are dealing with very successful business people who negotiate deals for a living, chances are the odds are stacked against you.

However, when you are prepared, and you know what to do, you can hold your own in a negotiation regardless of who you are up against.

Gareth knew he was going to sign the contract, he was just curious as to how this local businessman was going to close him into a $3.75m contract.

But after seven excruciating minutes, he couldn't hold out any longer.

He leaned forward, picked up the pen and signed the contact...And with that they both had a laugh together because they both knew what had just happened.

It wasn’t always that easy for Ryan to hold back and bite his tongue, rather than end the silence.

Ryan is an amiable, easy going, genuine guy who can talk to anyone about anything. It just comes naturally to some people.

But when Ryan learned the hard way, that by keeping things light and fluffy and that filling the air with constant chatter was actually working against him, he decided to change. And as a result his margins got the protection they needed.

Be Mindful Of Who You Are Up Against

It’s to make you aware that when you sign a contract you are invariably going up against professionals. Successful people who, for them, it’s all about winning.

Some may have the confidence to sit back and leave you to battle with the ensuing silence.

Others will use different tactics, but be aware, all they are doing is negotiating, so don’t allow yourself to be pushed around because it’s your net margins that are being negotiated away.

Also, you must get comfortable with leaving a silence in the air.

It could be on a discovery call where you encourage the prospect to go deeper and open up even more on a particular thread.

Or when you present the concept agreement to a qualified opportunity and ask if they prefer to pay by Mastercard or Visa.

Or, even when you get to that final stage in the sales process, and the only thing left for the client to do is sign the building contract.

How You Can Implement In Your Building Company

So that is how to close a sale without saying a word.

Do you see how this can help you to get your contracts signed without actually talking yourself past the sale?

Give it a try and see for yourself how powerful, yet simple this is when used in a negotiation situation, and just how effective it is at preventing your margins from being squeezed down.