How Work In Progress Can Destroy Building Companies

You know how confusing it is when you look at the profit in your accounts each month?

On a beautiful sunny morning in September 2010, APB’s Cofounder, Russ Stephens drove down from Brisbane to the Gold Coast in Queensland, Australia to perform an audit on a custom home building company.

These guys were one of the franchisees in a group that had operations all over Australia.

On the surface, things appeared to be going well, they were constantly signing new contracts and in less than three years, had grown their building company from zero to over $6 million in annual sales.

However, it wasn’t all plain sailing...

At first these were just a few isolated instances, and they appeared to be related to specific instances of sub-standard work…

However, as more complaints started to filter through, it became clear that a pattern was starting to emerge.

So, Russ was asked to meet with the two directors and audit their accounts to check if they were solvent.

When he arrived at their offices, he remembers being quite impressed with their professionalism.

They were building high-end custom homes for very successful people, and their image certainly reflected that…

There were two high performance cars, fully branded and being detailed in front of the offices. Off to the side was a couple of utes and another car, presumably belonging to a salesperson, again completely branded.

The offices were clean, modern and spacious with a well-presented receptionist ready to greet anyone that entered.

It was a far cry from a typical building company that was struggling to pay their bills...

Which gave Russ some confidence that the audit would be pretty straight forward and he would be heading back to Brisbane by lunchtime.

And mostly it was pretty straight forward, however there were some figures that just didn't add up…

Red Flag! If The Work In Progress Figure Shows As An Asset

The work in progress accounting adjustment had been added at each year-end, however it was showing as an asset on the balance sheet, and it was growing year-on-year.

As soon as he saw that, he knew something was seriously wrong in their accounts.

So he asked them, “Who calculated your work in progress figure?”

They smiled and told him the accountant always asks for it at year-end, but because they have no idea what it should be, he just enters his best guess…

He could not believe what he was hearing. The most important number in a building company’s accounts was being merely ‘guessed’ year-on-year because no one knew how to calculate it!

On paper, this company had a net value of $550,000, however when he calculated the true figure for work in progress, they were $1 million underwater.

Put another way, in the three years they had been building luxury homes, they had never made a cent.

Here’s the thing most builders and even accountants do not understand, building new homes is cash flow positive…

Therefore, you will generate large amounts of cash that is simply ‘other people's money’.

It doesn't appear on a creditors list, so on the surface everything looks rosy…

And because you have cash in the bank, why would you think there is a problem?

This is what catches so many new home builders out…

Cash flow acts as a rug, and work in progress is the dirt that gets swept under the rug…

However, sooner or later the rug will no longer cover the dirt and the whole house of cards comes crashing down.

This is the #1 reason why building companies fail.

Why You NEED to Calculate Your WIP Monthly

They ran out of cash and they didn't see it coming because they didn't know their work in progress liability.

They spent the cash they had in the bank without realising there were hidden creditors that did not appear on the creditors list.

So, to put it mildly, these guys were in a serious situation. They now needed to inject $1 million of cash into their business in order to be solvent. 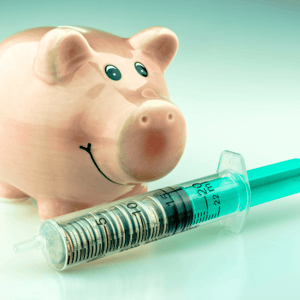 When Russ shared that news with them, they smiled and said it wouldn't be a problem. They had access to more cash and would transfer it into the business…

And that surprised him a bit as he would have thought that discovering a $1.55 million swing in the wrong direction in their accounts would have had them hitting the panic button!

But they assured Russ it was all under control and so he left.

How could they be $1 million underwater?

The Consequences If Your WIP Isn’t Accurate

In fact, they found the whole episode hysterical and would certainly not be pumping anymore money into the business.

That left Russ with no other option other than to recommend the franchisor terminate the franchisee immediately as their days were numbered.

Twelve to 18 months before the dirt popped out from beneath their rug and the business came crashing down around them.

That left the franchisor with a tough call. Six million dollars in revenue meant a lot of royalty payments!

But a franchisee collapsing would damage their brand…

Well, fast forward just nine months later and the receivers were called in after the company was forced into liquidation by a creditor who was not prepared to wait for their money any longer.

Naturally, Russ was curious to see the liquidator’s report on the final position of the company…

It was $1.5 million underwater. In that final nine months things had gotten even worse and they had lost another $500,000!

...And they didn't even see it coming.

What You Can Do To Avoid The #1 Mistake

You don’t need to be $1m underwater before you start calculating your work in progress accounting adjustment.

Every single building company needs to calculate this figure in order to produce accurate financial reports that provide them with a clear picture of the financial health of their building company, right down to the last cent...every month!

So that is how work in progress destroys building companies.

Do you see how knowing this can help you to succeed where so many other building companies have failed?

Give it a try and see for yourself how simple this is to implement, yet how vital it is to calculate it accurately for the prosperity of your building company!

If you’d like to learn more about work in progress for builders, click on the link below.