The recent building company collapses have shattered the myth that the big companies are stronger and more likely to be in a position to ride out the challenges being faced in the industry.

Far from being resilient, they have been the first to fall over and the failure of Pivotal Homes suggests that trend will continue at least in the short term.

However, further analysis of the data available suggests that while the challenges affecting the industry have hit building companies of all sizes equally, it's the boutique operators that have outperformed the project builders through a combination of risk management, communication and relationships.

Towards the end of 2020, the government stimulus package poured fuel on what was already a raging fire and sent the number of contracts being signed through the roof.

However, not all building companies jumped in with both feet and attempted to sign as many contracts as they could.

Because while the large building companies with their highly incentivised sales teams worked overtime to close two, three and even four times the number of contracts they would normally sign in a 12 month period, the small building companies remained cautious and limited their exposure to more fixed price contracts. 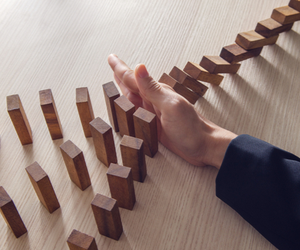 However, only around 50% of smaller building companies took on more work during the same period (Source: State of the Residential Construction Industry 2022 report).

The additional contracts, which were all fixed price contracts, exposed the bigger companies to enormous risk.

By mid 2021 it became very clear to everyone in the industry that any contracts that had been signed more than 90 days prior were no longer profitable.

Increases in the price of timber and steel had wiped out what little net profit (typically between 1%-10%) had been initially added to those contracts rendering them no longer viable to proceed with.

It was from this point forward that building companies needed to be repricing any contract that had not commenced construction in order to establish a revised contract value.

Whether the large building companies invested time to do this is unknown, however, what we do know is that they failed at the next step…

Hearing that the fixed price contract you signed with a building company can no longer be executed is not something any consumer would be happy to hear.

However, directors of building companies have a legal obligation to act in the best interest of the business so commencing construction on a loss making contract is not something that should be taken lightly.

This presented builders with a difficult choice. Explain to their client that in order for their project to commence the price would need to increase between 15%-25% and offer to refund their deposit…

Or stick their head in the sand and continue on in the hope everything would sort itself out.

The evidence suggests that the large building companies that are now experiencing difficulties chose the latter and instead of being upfront with their clients while they still had an opportunity to cancel the contract, they allegedly hit them up with additional invoices during construction putting the consumer under terrible stress.

Of course, these variations to contracts that were not agreed upon by their clients are not legally enforceable. However, there is always the possibility that some clients will pay and even if they don’t, the variation still effectively adds equity to the building company which would be desperately needed in order to get their building license renewed.

Yes, large building companies are solvent and are paying their subcontractors and suppliers on time, but do they have negative equity due to the huge losses incurred on the contracts they failed to negotiate?

If they do, then they won't be able to get their license renewed regardless of how much positive cash flow they have unless they can negotiate a government bailout…

Towards the end of 2020, it became clear that the massive surge in demand created by so many contracts being signed would put a massive strain on the subcontractors in the industry.

When the Association of Professional Builders consulted with its members on the possibility of subcontractors potentially raising their prices or simply being unavailable due to being overbooked, the response was very clear…

"Our subcontractors are part of the team, they know which side their bread is buttered. We give them regular work, we pay good rates and we work hard to ensure they have everything they need when they arrive onsite." 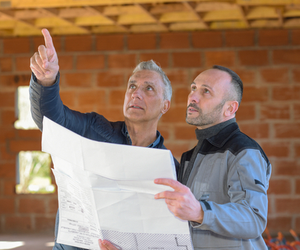 While there have been exceptions and some examples of subcontractors working for the highest bidders, overall given the increase in demand and the limited supply, subcontractors have operated reasonably fairly. They were certainly in a position to take advantage of the situation, but didn’t…or did they?

Recent claims by some large building companies that subcontractors have caused their demise could be true, but it's not something that we see occurring with the small boutique builders. So what’s the difference?

The difference is the boutique builders pay higher rates, they pay quicker (sometimes before the invoices are due) without holding retention and they ensure that there is no downtime for the subcontractor by working hard to have all the materials the subcontractor requires onsite.

The bottom line is that the smaller building companies typically have a much stronger relationship with their subcontractors which means they enjoy far greater loyalty in terms of rates, reliability and productivity.

To put your building company on the cutting edge of the construction industry you need to be agile and adapt to change quickly. That means to need to free up your time by systemising your day to day operations.

To discover how you can do this quickly and easily by implementing ready made processes into your building company, watch this video…